Our founders Sir Steven Saxton and Katherine Guevara Saxton were the first entrepreneurs to launch USDA certified organic CBD products sourced from organic hemp plants. They first discovered Hemp’s incredible benefits in the early 2000s and established Green Gorilla in 2013 and the subsidiary Gorilla FarmCo in 2017.

The Saxton’s first learned about Hemp’s properties after seeing the miraculous results of CBD firsthand. They became intrigued by the many applicable uses of the hemp plant and its ability to clean the air and promote a sustainable future with green products. Developing their own farm in Arizona, they have built a vertically integrated brand with organic hemp farming partners across the country.

Ultimately, the Saxton family founded the Green Gorilla companies because they wanted to share the miraculous benefits of hemp to people around the world.

A Malibu lifestyle brand, Green Gorilla is the leader in USDA certified Organic products. We are a vertically integrated seed to shelf company with sustainable organic farming practices and GMPc. Green Gorilla is dedicated to making a difference in people’s lives every day.

Gorilla FarmCo has farming partners that grow hemp organically in California, Colorado, Nevada, and Oregon on over 10,000+ acres. We also own and operate over 1,474 acres in Arizona with organic hemp farming. We use USDA Organic Certification, third-party lab testing, and CO2 extraction methods to keep you safe and healthy.

Green Gorilla Organics includes USDA certified organic CBD dietary supplements, pet and equine care, and topicals. Our product lines are all third-party lab tested, made in the USA, and use good manufacturing practices. With over 30 years of experience, Steven Saxton is a successful serial entrepreneur and highly regarded expert in corporate structuring, private equity, public companies, corporate refinancing, and capital raising for startups. Mr. Saxton has been the lead negotiator for numerous partnerships, mergers, acquisitions and rollups for private and public companies. For the past 25 years, Mr. Saxton has worked as a Producer, Manager, Agent, Distributor and Financier in the Entertainment Industry. Mr. Saxton has served as the Founder, CEO and Chairman of Hollywood Studios, Artist International (AI) and Models International. Link – IMDB

Mr. Saxton has Executive Produced or co-financed 47 films that have accumulated 196 Nominations and 107 Wins including Lone Survivor, 2 Guns, The Kids Are All Right, Who Framed Roger Rabbit?, Good Morning Vietnam, Zero Hour (Highest grossing film in Venezuelan history) and Honey I Shrunk The Kids which have grossed over $1.6+ Billion at the worldwide box office. Link – By The Numbers

Fashion – Models International is an agency that has represented high profile fashion, commercial and print models for the LA market and internationally.

Music – Prior to focusing on film, Mr. Saxton was a highly regarded music executive, having worked with the likes of Robert Downey Jr., Eddie Van Halen, Slash, Edgar Winter, Steve Vigh, Les Brown and his Band of Renown, Lou Raw, Steve Lukather, 69 Boys, Horace Silver, Taylor Eigsti, and many others. Mr. Saxton founded Bop City Records and during that time worked with legendary recording producers/engineers with 200+ Golden and Platinum Records including, Al Schmitt (21 Grammys and 2 Latin Grammys, and artists such as Elvis, Michael Jackson, and Bob Dillion), Ed Cherney (3 Grammys and 6 Grammy nominations, and artists such as Rolling Stones, Eric Clapton, Lenny Kravitz, and Iggy Pop), and Elliot Scheiner (7 Grammys, 24 Grammy nominations, and 4 Emmy Nominations, and artists such as Aerosmith, Foo Fighters, Eagles and Queen).

Investment Banking/Corporate – Prior to transitioning into the entertainment sector, Mr. Saxton was a President of Texca Petroleum Oil and Gas Operating Company, former Vice President at NASD broker/dealing for 21st Century Securities, as well as a Commodities Broker for a boutique Commodities firm.

Personal – In 2004, Mr. Saxton was inducted as a Knight by the Knights of Malta Coptic Catholic. Sir Steven Saxton’s nomination has been endorsed by Grand Master H.S.H Prince Antonio Ruspoli, approved by Cardinal Stephanos II, Patriarch of Alexandria, blessed by his eminence, Pope John Paul II and is on record at the Vatican in Rome. Mr. Saxton is 53 years old, and currently resides in Malibu, CA with his wife and daughter. Mr. Wilke is a member of the California and Washington State Bar Associations, and the Los Angeles County Bar Association. He graduated from UCLA in 1971 with a degree in Political Science and obtained his J.D. from Gonzaga University in Spokane, Washington in 1976. Mr. Wilke is advising Green Gorilla primarily in regards to corporate structure, mergers and acquisitions, strategic partnerships, and financing and investments. 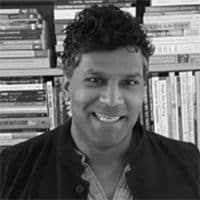 Dr. Av Singh is one of Canada’s leading authorities on organic agriculture. Prior to serving as the Organic and Small-Scale Farming Specialist in Nova Scotia, Singh worked at the Organic Agriculture Centre of Canada and currently holds the Just Us! Chair in Small Farm Sustainability at the Just Us! Centre for Small Farms. Canada is the world leader in hemp grain production and Singh has been a consultant to many of the larger organic hemp producers, placing a great emphasis on soil health and fertility as the prerequisite for quality hemp oil. Dr. Singh also serves as a scientific advisor to the American Cannabis Company helping to design a nutrient-dense soil for medicinal marijuana.

Singh is eager to work with Green Gorilla to ensure that cannabinoid production meets the needs of the end user and deliver a product that is based on good science and the values of organic agriculture. Mr. Tune brings decades of experience in accounting, auditing and finance. He has served as General Ledger Accountant, Controller and as a business reporting developer. Mr. Tune brings vast experience in technology as well as developing processes and procedures that stand the test of time. 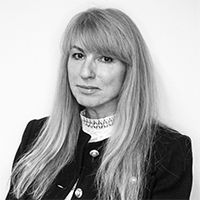 Ms. Galvin is a seasoned paraprofessional with 30+ years of demonstrated ability to provide farm to table support to high level executives and attorneys. Ms. Galvin is the Paralegal for Green Gorilla and provides right hand support to CEO Steven Saxton. Mr. Hayes joined Green Gorilla in 2019 and has extensive experience working for a United States Congressional office, the County of Ventura’s planning division and a nonprofit that helps youth. A graduate from California Lutheran University with a master’s degree in public policy and administration, he has traveled to Singapore attending the International Conference of Business, Economics and information to present his paper on economic sustainability and tourism for Croatia.

Joel has extensive experience networking with public administrators across the United States as well as writing on various topics. Joel brings policy analysis, problem solving skills and communications research to Green Gorilla and is excited to be a part of Green Gorilla’s commitment to help people and protect the environment.

Every hemp plant grown on one of our farms helps to remove carbon dioxide through photosynthesis and reduce our carbon footprint. Plants are also nature’s solar panels and hemp is one of the best plants at harnessing the energy from the sun and transforming it into food for microbial life in soil. With a quick growing cycle, hemp plants are constantly being grown year round. The more hemp we grow, the better our planet will be!

Gorilla FarmCo is committed to organic agricultural practices to ensure health and wellbeing. Gorilla FarmCo uses zero pesticides, toxic chemicals, herbicides or solvents in its farming practices or manufacturing production to keep people and the planet safe and healthy.

Many synthetic chemicals and/or pesticides that are used in agriculture go from the plant to the end-product you are ingesting or putting on your body. The vast majority of hemp fields are heavily sprayed with pesticides and herbicides and testing shows the toxic residues in their oils. Not only do toxic pesticides and chemicals negatively affect your health, but also can pose a risk to wildlife, soil health and can get into the water system.

We tend to all our plants with mother nature and your health in mind.

Gorilla FarmCo uses regenerative & sustainable farming practices through water conservation, increasing our farms’ biodiversity and using solar power. Our farms sits on one of the largest aquifers in the United States, so we share a responsibility to help maintain the quantity and quality of the water we use. We use cover crops and compost teas to ensure the soil is always covered to help retain water and rainfall and reduce the need to pull from our aquifer. In addition, Gorilla FarmCo uses solar power to help cut down the energy requirements for growing our hemp plants. Our eco-friendly agricultural practices have contributed to the biodiversity of the land. There are now a variety of animal species that call our once-barren farm home. We’ve created a sustainable ecosystem linking a community of organisms together.

No products in the cart.